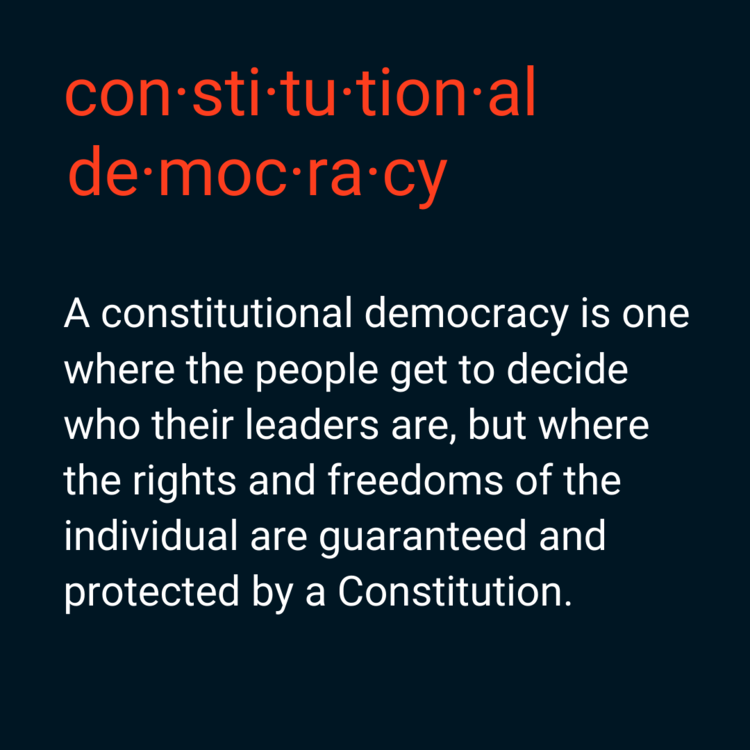 Constitutional democracy. It’s what keeps the wheels turning and the lights on in America, and that’s worth preserving. Let’s explore how this foundational concept is relevant to our lives.

Democracy itself is a revolutionary concept. Throughout history there have been far more examples of kings and queens ruling the people than the people ruling themselves. Indeed, the idea that the legitimacy of government stems from popular sovereignty rather than the divine right of governors, or simply power, was unheard of for most of history.

But as ancient Athens, the first democracy in history, teaches us, simply having elections isn’t enough. Pure democracy can devolve into mob rule throwing society into chaos. A necessary innovation, therefore, was the use of a constitution to create a stable system of governance that protects certain fundamental rights. Our founders understood that only within this framework could they realize the promise of our Declaration, which guarantees life, liberty, and the pursuit of happiness. To be sure, America has fallen short of this promise throughout its history, but these ideals continue to serve as a north star to this day.

To understand the importance of constitutional democracy in everyday life, imagine you enter a store to buy milk. On your way out, the mayor walks into you by accident, causing you to spill your milk onto his suit. The mayor is a popular man, but also a man who suffers from an explosive temper. He threatens you with imprisonment, saying you assaulted him. He also threatens to destroy your reputation by having the local newspapers print stories about your alleged assault. In a democracy unbound by a constitution, where the mayor’s word can be all-powerful by virtue of his popularity, that might actually be possible. In a constitutional democracy such as ours, it isn’t. Indeed, through separation of powers and the Bill of Rights, our constitutional democracy protects the individual from overbearing state authority. 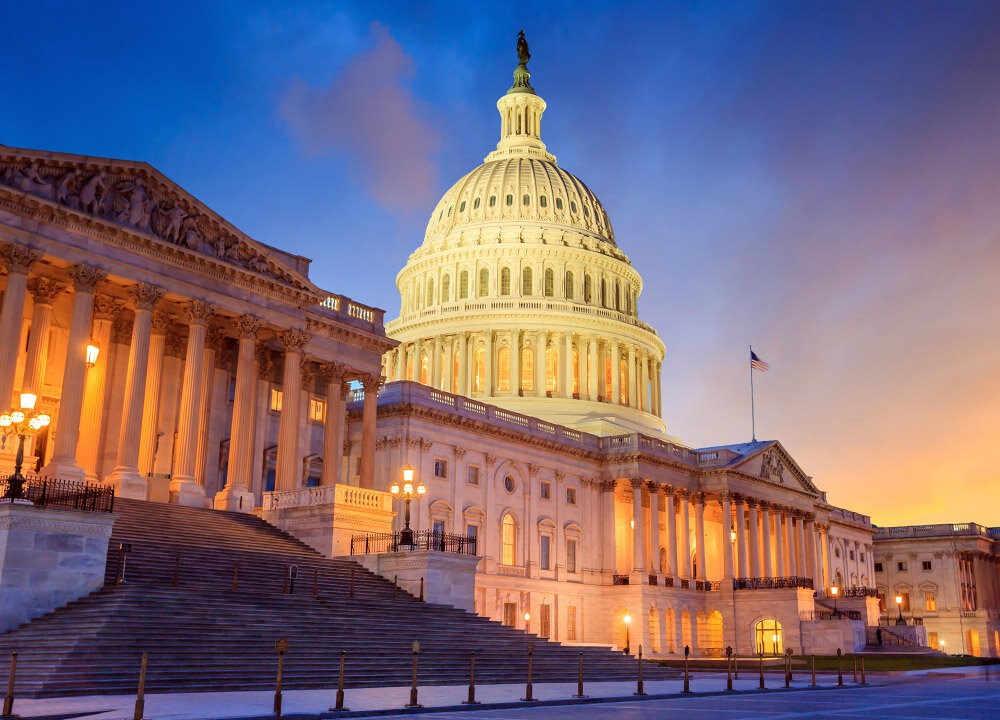 Now, let’s return to the milk-on-the-mayor’s-suit. In a robust constitutional democracy, the mayor could neither have you arrested nor have you imprisoned. It is the police who make arrests, and that is only done on the basis of evidence. It is a judge and jury sitting in a court that determine culpability, and whether or not to send you to prison. Moreover, in a constitutional democracy, the mayor could not tell the newspapers what to print. It would be the responsibility of journalists to investigate the story, and only publish it if it were true – that’s why we call it a free press: they are free to choose what to publish. The police, the courts, the press – these are not weapons to be wielded by a powerful official for their own ends; they are important institutions of a constitutional democracy that help to guarantee our safety and freedom.

In the United States, we’ve had a constitutional democracy for so long that its two parts – “constitutional” and “democracy” – have become tightly glued together. But, it is possible to unglue them. In situations where corrupt leaders take power, the rights ensured by a constitution are routinely violated despite remaining on the books. Over the last ten years, as authoritarianism has crept across the globe, we have seen this troubling pattern in Turkey, Hungary, and Poland. With this in mind, we must do all that we can to preserve our constitutional democracy here in the United States.

PrevPreviousIlliberalism Is Rising. Here’s How We Can Turn That Tide and Renew Our Democracy.
NextDefiniendo la Democracia: La Democracia ConstitucionalNext