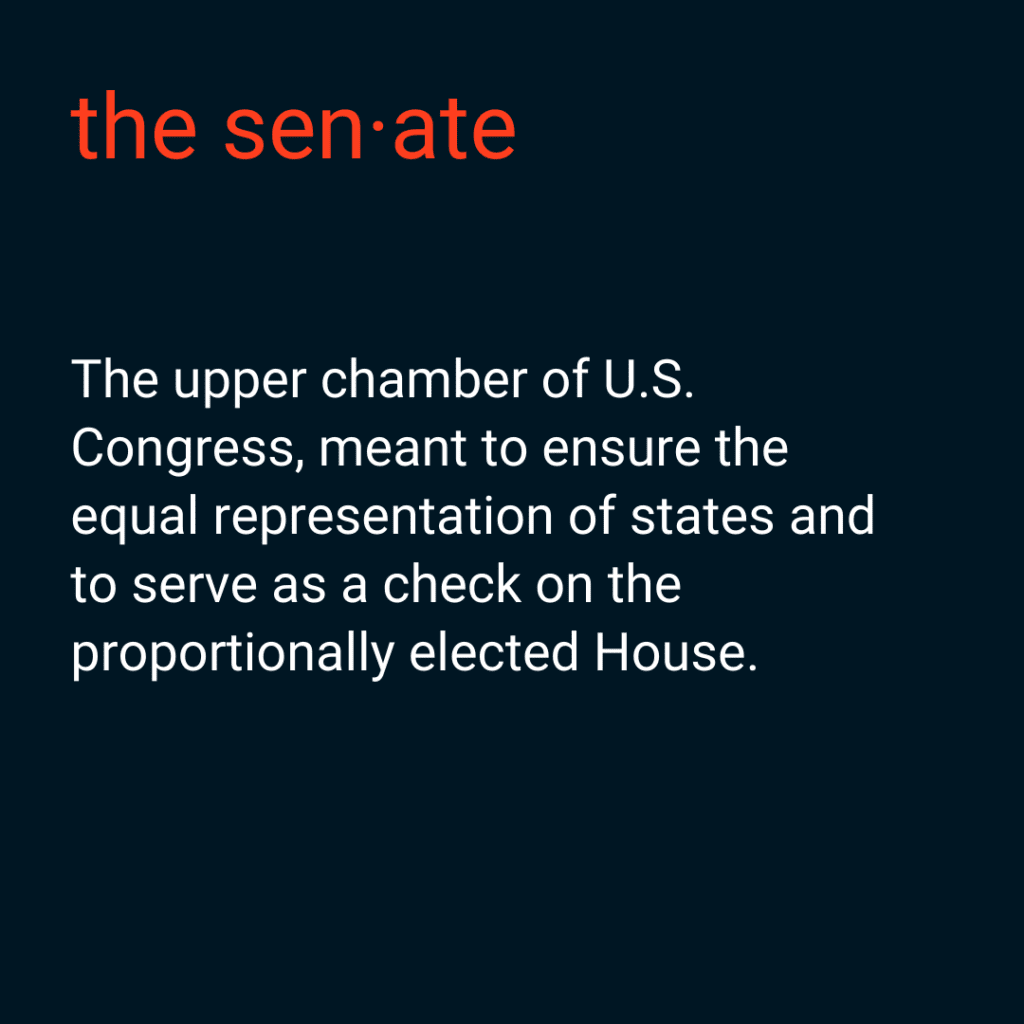 The Founding Fathers conceived of the Senate as a dignified, thoughtful body, unfazed by political pressures. However, today, that description seems laughably inaccurate. To most Americans, the Senate is characterized by naked partisanship and cavalier obstructionism. How did the world’s “greatest deliberative body” become so ineffective?

From the beginning, the Founders saw the Senate as a way to check the passions of the people, represented in the proportionally elected House of Representatives. Pennsylvania delegate Gouverneur Morris perhaps said it best: the Senate was intended to “keep down the turbulence of democracy.” In “Federalist No. 62,” James Madison painted an idealistic picture of the Senate as a stately, deliberative body that would protect the nation against “the impulse of sudden and violent passions” and avoid being “seduced by factious leaders into hasty and intemperate resolutions.” The Senate’s differences from the House reflect these goals: fewer senators serve longer terms, were originally elected indirectly by state legislatures, and are even required to be older than House Representatives.

The Senate’s structure as a body that represents states rather than people was also a compromise necessary for the ratification of our Constitution. Historical records indicate that a number of small and sparsely populated states would have hesitated to join the union had the Senate not been included, worrying their voices would be overwhelmed by those of the larger states in a proportionally representative body. It is important to note that the population of the nascent nation was not entirely satisfied: convention delegate James Wilson estimated that two-thirds of the American population would have voted against the Senate had it been put to a direct vote, and the five states that voted in its favor represented less than 33 percent of the population. Through the creation of the Senate, smaller states entrenched their disproportionate voting power, leveraging it into a structural advantage in our government.

For a large part of American history, despite malapportionment, the Senate seemed to fulfill its lofty founding ideals. In his seminal text Democracy in America, French diplomat Alexis de Tocqueville praised the early Senate’s “eloquent advocates, distinguished generals, wise magistrates, and statesmen of note, whose language would at all times do honor to the most remarkable parliamentary debates of Europe.” In the early 20th century, once the corruption of the Gilded Age political machines washed away, the Senate helped usher in an era of watershed progressive reform that included the passage of the 17th Amendment in 1913, beginning the direct election of senators. Even as recently as the 1970s, comity between senators was the norm rather than the exception, and landmark legislation such as the Congressional Budget Act and the bill creating the Senate Intelligence Committee had wide-ranging bipartisan support. Former Majority Leader Mike Mansfield (D-MT), who served from 1961 to 1977, described his chamber as “100 independent men and women.”

However, this once-revered institution has now become imperiled. Political polarization has dramatically worsened over the past several decades, causing the decline of compromise and the proliferation of partisan hardball tactics in the Senate. Many observers see the bitter stonewalling of Merrick Garland or the government shutdown engineered by Tea Party Senate Republicans in 2013 as powerful symbols of government dysfunction. In some ways, both parties look to steamroll one another. In 2009, Democrats passed the Affordable Care Act and in 2017, Republicans passed the Trump tax cuts without a single opposition vote. Meanwhile, the gratuitous use of the filibuster to block legislation has skyrocketed. With few exceptions, the “100 independent men and women” seem to have become agents of two bitterly opposed tribes.

Many of the Senate’s detractors make compelling arguments. The Senate does arbitrarily privilege the votes of people who happen to live in small states, so much so that in the 2018 election, a North Dakota resident’s vote was worth nearly 69 times as much as a California resident’s. This demographic skew is only projected to get worse: According to an analysis of Census Bureau data conducted by the Weldon Cooper Center for Public Service at the University of Virginia, by 2040, just 30 percent of the U.S. population will control 68 percent of its senators.

Senate malapportionment structurally disadvantages certain groups of voters. Because smaller states tend to have whiter populations than the nation as a whole, the Senate depresses the voting power of minorities. The average black American has only 75 percent as much voting power as the average white American, the average Asian 72 percent, and the average Hispanic 55 percent. The Senate also currently gives an inadvertent partisan advantage to Republicans since a greater proportion of Republican voters live in small states (it is important to note that throughout much of the 20th century, this “natural gerrymander” favored Democrats). For this reason, despite winning the popular vote by an average of eight percent over the past three Senate elections (encompassing every Senate seat), Democrats are currently the Senate minority party.

Nonetheless, the Senate retains an important role within our democracy. It serves as a bulwark against legislative extremism, promoting compromise through its ability to veto partisan bills. Bipartisanship, while on the wane, is also not dead, as the Senate has passed important consensus legislation in recent years like the CARES Act, providing economic stimulus in response to the coronavirus (96-0); a $4.6 billion emergency bill to improve conditions at migrant detention centers (84-8); and the First Step Act, a criminal justice reform law to help reduce recidivism (87-12).

In recent years, calls to reform a Senate increasingly seen as dysfunctional have reached a fever pitch. Much to the chagrin of would-be Senate abolitionists, each state’s equal representation in the Senate is firmly embedded into our Constitution. Article V, which outlines the process for amending the Constitution, explicitly disallows depriving any state of its “equal suffrage” in the Senate without the unanimous consent of all 50 states.

However, the fact that the Senate won’t be abolished doesn’t mean it can’t be reformed. In particular, academics have formulated three leading proposals to change the structure of the Senate to make it more representative. First, some advocate disempowering the Senate and shifting many of its responsibilities to the House, analogous to what has happened to the British House of Lords, off of which the Senate is modeled. Second, there have been calls to include new states in the Senate, including Washington D.C., Puerto Rico, and possibly even American territories or tribes (or to split existing states up). And third, many have called for the abolition of the Senate cloture rule (allowing for the infamous filibuster), which has been reformed twice before (in 1917 and again in 1974) and which constitutional scholars say could be achieved by a mere majority vote. The ultimate merits of these proposals remain highly contested, but they offer possibilities to reimagine an institution many see as antiquated.

Ultimately, our much-maligned upper chamber, albeit flawed, plays an important role in our democracy. In many ways, it serves as a microcosm of our nation itself: designed with grand ambitions it has often failed to live up to. And like our country, we can appreciate its virtues while lamenting its shortcomings and advocating for change, constantly striving towards a more perfect Senate.