Innovating Our Way Out of America’s Political Quagmire

Innovating Our Way Out of
America’s Political Quagmire 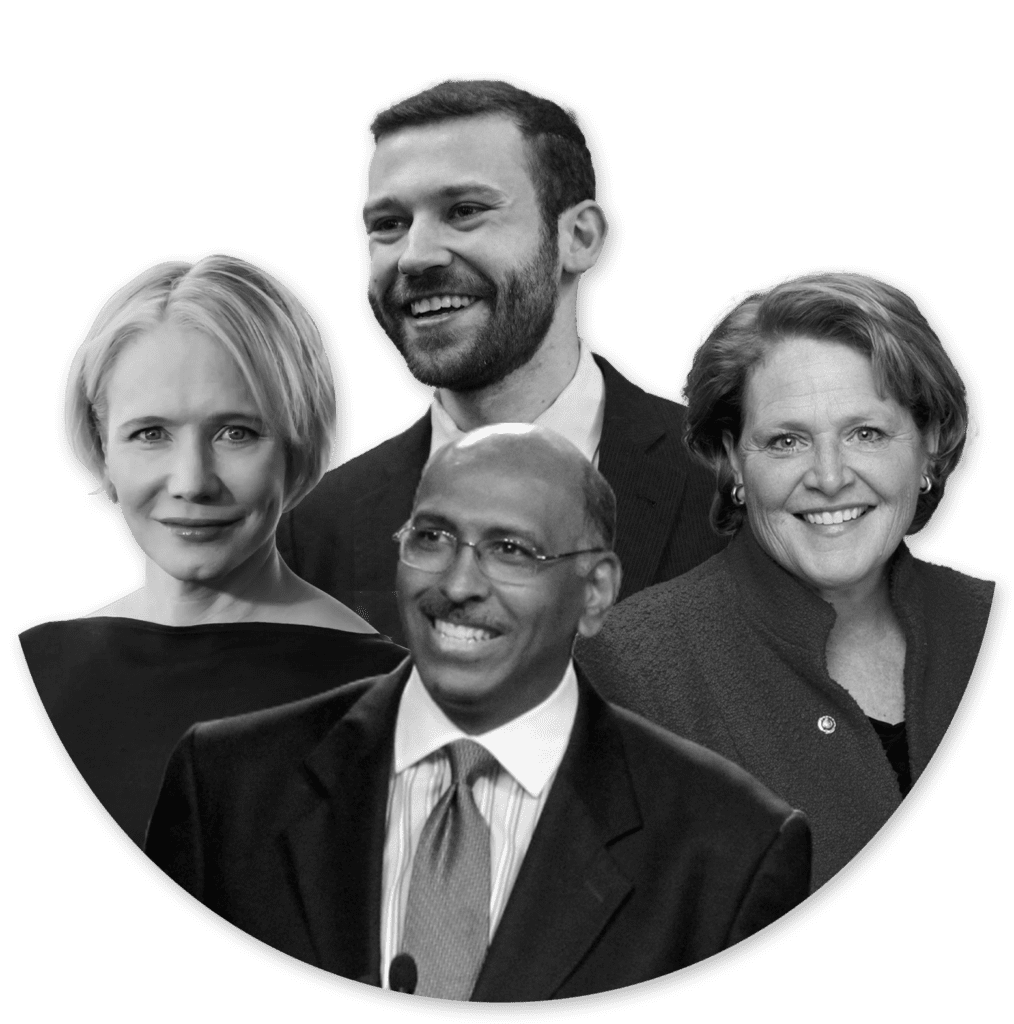 American politics has evolved (or devolved depending on your point of view) into a duopoly with two parties dominating the space. The only thing they seem to have in common is mutual distrust and antipathy. Meanwhile, an exhausted majority of Americans feel like we have to swear allegiance to one side or the other while meaningful compromise and discourse seems more distant than at any point since the Civil War.

So what can we do?

Katherine Gehl, a former CEO and current leader of the cross-partisan political innovation movement, believes the system fix — and innovation, results, and accountability — is found in what she calls Final-Five Voting. Join Katherine;  Sen. Heidi Heitkamp, President of RDI; and Michael Steele, RDI Board member and former RNC Chairman, as we discuss how the market model can produce a nonpartisan solution. Moderated by RDI Executive Director Uriel Epshtein, we’ll focus on the specific steps we can take to incentivize politicians to serve the greater public interest and productively work across the aisle. General admission is free, but available spots are limited, so register now! We hope you’ll also join us for a more intimate conversation that will immediately follow the public event.

Katherine Gehl is the founder of The Institute for Political Innovation (IPI), a cross-partisan nonprofit founded in 2020 to catalyse political change in America. She is the former President and CEO of Gehl Foods, a $250-million food-manufacturing company based in Wisconsin. She was also nominated by President Barack Obama to serve on the Board of the Overseas Private Investment Corporation (OPIC) in 2010. In 2020, she published The Politics Industry: How Political Innovation Can Break Partisan Gridlock and Save Our Democracy, which she co-authored with Harvard Business School professor Michael E. Porter.

Sen. Heidi Heitkamp is the President of RDI and founder of the One Country Project, an organization focused on addressing the needs and concerns of rural America. Prior to founding One Country, Heidi served as the first female Senator from North Dakota from 2013 to 2019.

Michael Steele is a member of the RDI Board of Directors, a political analyst for MSNBC, and Senior Fellow at Brown University’s Institute for International and Public Affairs. When he was elected Lt. Governor of Maryland in 2003, Michael made history as the first African American elected to statewide office; and again with his subsequent chairmanship of the Republican National Committee in 2009.

Uriel Epshtein is the Executive Director of RDI, where his priority is educating the public on core liberal democratic principles and empowering them to prioritize those values in their civic behavior. He previously worked in the private sector – first as a consultant at the Boston Consulting Group and then in strategy at start-ups in the mobility space, including DoorDash and Uber. As a student at Yale, he founded and still continues to chair the Peace & Dialogue Leadership Initiative (PDLI), an organization dedicated to bridging the civil-military divide and creating a space on campuses for nuanced discussion of the U.S. role in the Middle East.